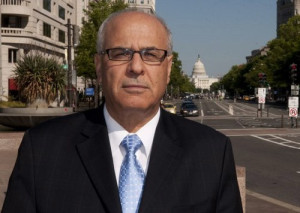 Founder of the center for American and Arab Studies and publisher of Think Tanks Monitor. Is an independent political-military analyst with expertise in U.S. national security affairs, the subject of his doctorate dissertation. In addition, he is an independent media consultant with more than twenty five years of experience in Middle East diplomacy and media relations. He is a frequent commentator and guest analyst on radio and television broadcasts, including the BBC,